As part of the National Hispanic Leadership Agenda, Esperanza United is proud to partner with groups like the Congressional Hispanic Caucus Institute (CHCI). CHCI recently held two inspirational events and we were thrilled to send representatives to both of them. Read on to hear about their experiences and the ways we’re working collaboratively to build Latin@ leaderships.

I was honored to attend the CHCI’s Leadership Conference for the first time and that was before I learned that the U.S.’s only woman of color Vice President, Kamala Harris, was making a surprise appearance! As she spoke, I could feel the energy in the room reverberate off the stage and through the conventional hall where I sat.

Representative Nanette Baragan hosted an informal conversation with VP Harris, asking her questions that allowed the audience to see the Vice President as a real person rather than just a high-ranking official. VP Harris shared some of her personal story, like how she is growing chile at home and making chile rellenos when she has time to cook. VP Harris said that she’s often been the only person of color in her career and the only woman in the room. Her mother impressed on her that even though she was often the first, she had a responsibility to not be the last woman of color in these positions of power. Her mom said, “It is a burden, but also a sense of vision because you will impact people who you will never meet and may not even get to know your name, yet you helped create a space for them.”

Harris also shared stories of what she’s seen and heard across the United States – people waiting in line for hours to exercise their constitutional right of voting, how the cost of things like insulin, raising children, and access to high-speed internet are very real obstacles right now. She shared that these are topics that are high priorities for her and President Biden and that they are working hard to meet these needs through legislative initiatives and executive action.

VP Harris also did not shy away from talking about the Supreme Court’s recent decision on abortion. She said, “We need to stand up for the rights of women. This issue is about freedom and autonomy and self-determination.” She further emphasized how a person does not need to abandon faith to support the rights of women, arguing that the government should not be involved in making decisions around abortion.

It meant so much that I had the opportunity to hear such a smart and passionate leader discuss issues that are relevant to Latinas around the country. I felt her dedication to public service and women of color was inspirational. Adelante, VP Harris, and please share your chile rellenos recipe so we can compare!

This was my first time attending the CHCI gala and I had no idea what to expect. As I arrived at the Walter E. Washington Convention Center in Washington, DC, I noticed a familiar face a few feet behind me. It was Congressman Jesús “Chuy” Garcia (IL-4)! I struggled with whether to ask him for a picture, as I’m a big fan of his work on behalf of immigrants, the working class, and women. He is a co-sponsor of the BE HEARD in the Workplace Act which aims to protect all workers against discrimination and harassment at work. In the end, I built up the courage to ask and was welcomed by his kind embrace.

The night was full of many amazing speeches from influential leaders like Dolores Huerta and Congressional Hispanic Caucus Chair, Congressman Raul Ruiz (CA-36). Most notably, however, was the President’s speech. I was in awe as President Biden highlighted the contributions of Latin@s to the United States. After his speech, Dolores Huerta set the tone for the rest of the night with a call and response. She asked “whose got the power?” and the crowd responded with “we got the power!” Then, she asked “what kind of power?” and we yelled, “Latino power.”

Being in the presence of hundreds of influential Latin@ leaders was amazing. It was an honor to be in attendance and I admired every detail of it, from the leaders on stage to the hundreds of people seated at the tables, to the amazing workers that helped make the event come true. I look forward to attending another gala in the future! 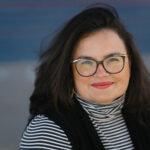 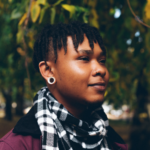 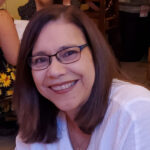