Today, the Supreme Court voted in a 5-4 ruling in favor of allowing the Biden Administration to end the ‘Remain in Mexico’ immigration policy. This cruel policy was ordered under the Trump Administration and required migrants seeking asylum to remain in Mexico until their US immigration court date. The ‘Remain in Mexico’ policy was extremely dangerous for immigrant survivors who are fleeing domestic violence, sexual assault, femicide, human trafficking, forced marriage, and other forms of gender-based violence only to face a closed border that traps them in harm’s way.

“A participant we are working with shared that traveling in Mexico while fleeing abuse was probably the most fear she has felt in her life,” said Maria Ruiz Mendez and Sarahi Mateo, Esperanza United advocates. “Several participants have shared with us that they have experienced high rates of gender violence, gang activity, indigenous discrimination, and sexual violence while waiting for asylum.”

Although this ruling brings survivors, advocates, and allies hope, our work is not done. Esperanza United, co-chair of the Alliance for Immigrant Survivors, is urging the Biden Administration to swiftly end the ‘Remain in Mexico’ policy and Title 42 and to ensure that no survivor of violence is subjected to such dangerous and xenophobic policies ever again.

Every minute survivors are refused entry and denied protection increases their risk of further violence and trauma.

Please reach out to our Public Policy Manager, Yasmin Campos-Mendez (ycamposmendez@esperanzaunited.org) with any questions or comments. 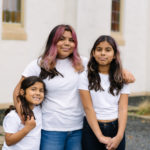 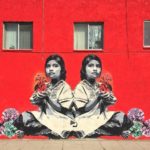 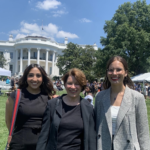 Passage of the Bipartisan Safer Communities Act: Ceremony at the White House
07 July 2022