I attended the SHOWTIME special preview screening of Cusp at the SVA Theater in New York City, on October 27, 2021, hosted by Social Impact Initiatives (Film + TV) director, Locsi Ferrá. The screening was in commemoration of International Day of the Girl, and was immediately followed by Q&A from filmmakers Isabel Bethencourt and Parker Hill and two of the young girls in the documentary film, Brittney and Autumn.

Once I arrived to the screening and took a seat, I realized the seats around me were filled with sexual assault and intimate partner violence advocates from Safe Horizon, and other NYC based organizations, writers, students, and others that wanted to learn more about the prevalence and the unfortunate normalization of sexual trauma among teenagers.

The event began with the screening of the documentary, which follows three teenage girls on summer vacation from highschool in a rural, military town in Texas. The group of friends, Brittney, Aaloni, and Autumn, ranging from ages 15 to 16, experience a summer of house parties, a difficult break-up for Autumn, and the strengthening of female friendships. Together, they explore what it means to grow up in a culture of toxic masculinity, and share their stories about sexual trauma and consent.

Cusp is defined as the point of transition, and that is a lot of what you see among the trio. Brittney, Aaloni, and Autumn are seeking self agency while transitioning out of childhood into teenagers, from a wild summer into a new school year. The three friends bravely share their backstories in regards to sexual trauma, the stressors and violence they face at home, and the collective feeling of not being listened to when it comes to sexual consent. They often spoke about serious issues, such as rape, in a very casual way among one another and with their friends.

The trio knows what consent is, but they talk about how much it doesn’t seem to matter among the people they know. Brittney shares in the documentary that she was molested by her parent’s best friend for years and that after she went through the process of going to court, the judge denied her testimony and there was no accountability taken for her abuse.

Additionally, Autumn shares that she was molested by a friend of her mother’s. Autumn was not believed when she told her story, and the mother eventually abandoned Autumn. Autumn lives with (and takes care of) her ill father.

Hearing Brittney and Autumn’s story of not being believed, left me wondering if many teenagers, especially in underserved and culturally specific communities, felt stuck with no choice other than brushing off abuse to survive, because they were taught it was normal or unsafe to report due to not being taken seriously, especially due to racial discrimination.

After the screening, there was a brief Q&A from filmmakers Isabel Bethencourt and Parker Hill and the two young girls in the documentary film, Brittney and Autumn. Both Britney and Autumn spoke about the importance of sharing their lived experiences in the film and expressed that their hope is that other teenages also share their authentic experiences. Interestingly, there was no talk about how to get support if an individual is experiencing or has experienced abuse. The Q&A conversation followed Brittney and Autumn’s speed around the reflection of the film, which did not touch on the normalization of sexual abuse around youth. This is why it is so critical to have ongoing conversations by advocates, survivors, and experts around teen dating violence and how advocates can support youth.

I would like to end this post with the following: to bring awareness and share resources around teen dating violence and supporting youth, there will be an online screening and conversation on November 18, 2021, hosted by SHOWTIME in partnership with Ms. Foundation, The Representation Project, which will feature Esperanza United’s Director of Prevention and Social Change, Ivette Izea-Martinez. The discussion will feature exclusive clips from the upcoming SHOWTIME Documentary feature Cusp and resources on how to best support youth. The conversation will bring an intersectional lens (race, class, gender, culturally specific services, sexual orientation, etc) to teen dating violence and consent led by experts from Esperanza United, Ms. Foundation, MeToo Movement, A Call to Men, Texas Advocacy Project and the Trevor Project.

Our work continues. It was an honor to represent Esperanza United (formerly Casa De Esperanza: National Latin@ Network) at this screening event, as the new Public Policy Manager. I look forward to the opportunity to continue enhancing the policy agenda and advocacy of Esperanza United to address this critical issue. 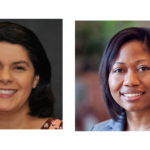 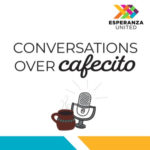